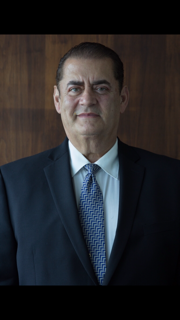 Dr. Lizardi comes to PÜR LIFE Medical with vast experience in allopathic, functional, and regenerative medicine. Originally from Puerto Rico, he worked in the Research Department of Internal Medicine at Penn State University before attending Temple University School of Medicine. He completed residencies in Obstetrics and Gynecology at the University of Rochester Medical Center and Albany Medical Center, where he became Chief Resident.

Upon leaving Albany, he set up a very successful high-volume practice in Potsdam, New York. During this period he also served as Chair of the Department of Obstetrics and Gynecology at the Canton Potsdam Medical Center and was appointed President of the St. Lawrence chapter of the New York Physician’s Association and Vice-President of the North Country Physician’s Organization. He later graduated from a program at the American Academy of Anti-Aging.

Dr. Lizardi has been honored with the Compassionate Doctor Recognition Award and the Patient’s Choice Award. He is a member of Colegio Medicos Cirujanos de Puerto Rico, the American Academy of Anti-Aging and Regenerative Medicine, the American Medical Association, and the Metabolic Medical Institute.

After recently living and practicing for a time in Puerto Rico, Jose and his lovely wife Mari have returned permanently to Florida to join PÜR LIFE Medical.